Makit proudly presents... The Railroad Hand Car! It is scale model of a hand car that works with a micro motor and a switch to turn it on-off or change direction. It also has an optional driver and a wagon.

Below you'll find step by step instructions to assemble the hand car. You can also use them to mount the trailer (I didn't write separate instructions because if you have already assembled the main car, the trailer should be pretty straightforward).

You'll need to solder the switch but, don't be afraid, it is not a complicated soldering job and could be a good first try!

There is one straight track and one with 22.5 degrees of rotation. You can mount them and change them easily on a flat surface. If you want to make the track more permanent, you can print some track clamps and secure the connections. In fact, I'm working on hanging a circuit from the roof! I'll show you when it's done. 😉

You can also print them with two colors to get a more realistic look.

All parts print without supports. I used my ZYYX+ 3D printer and printed all parts with 0.2mm layer height and medium settings (3-4 perimeters and around 20% infill).

All parts use PLA except for the tyres (semiflexible filament) and platform and trunk (wood PLA to get a more realistic look).

In addition to the printed parts, you’ll need:

For the trailer, you'll need the same except for the motor, switch, battery and cables.

Watch the video in action!! 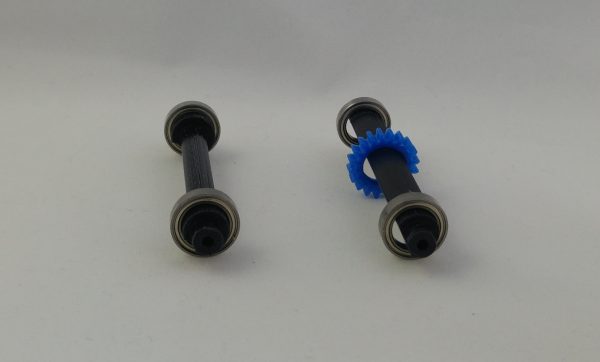 Insert axles (with bearings) into the body sides and hold them to body front parts with four M3x10mm screws. See the picture for correct orientation. 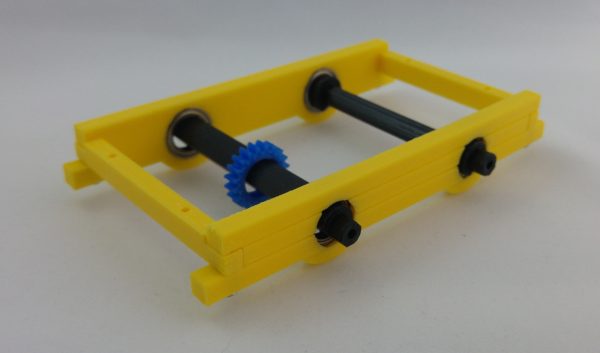 This can be a tricky part. Insert first two M3x20mm countersunk screws into the main gear and main-gear-2 part respectively. Now, insert the connecting rod and use one M3x12mm screw and nut to secure it, but don't overtighten it too much for now (this is because you will need to move them a bit to tighten the screws in the following steps). See picture for more details. 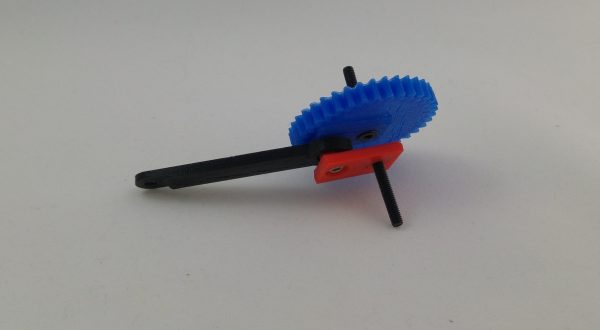 First, insert two M3 washers in each M3x20mm screw and using body-arm and body-arm-motor, assemble the main gear from previous step. Use two lock nuts but don't overtighten them as the screws have to rotate freely. See picture. 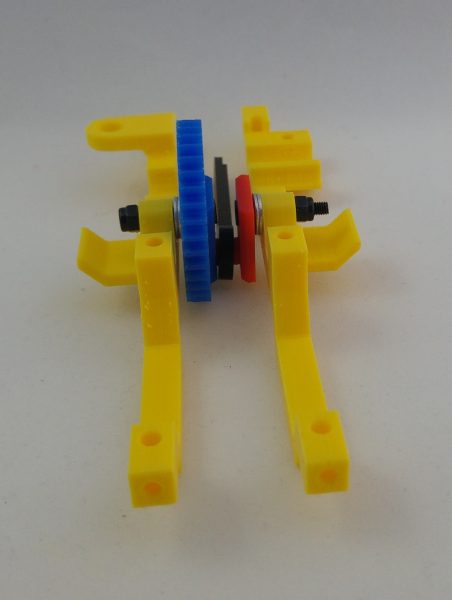 When previous step has finished you can now tighten the M3x12mm screw and nut from main gear. 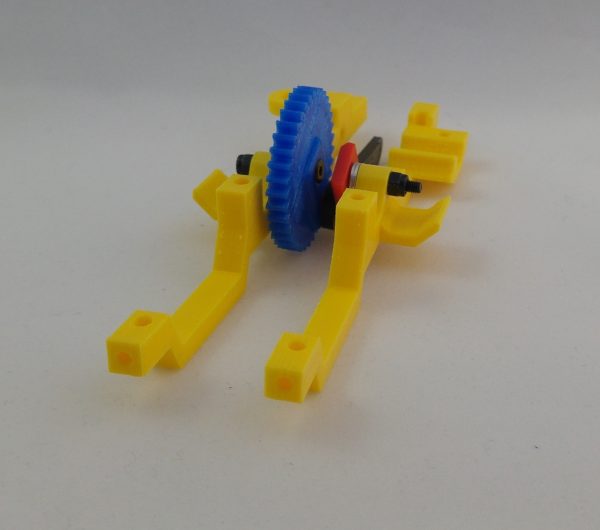 Now, put body arms in place and secure them with four M3x10mm screws. 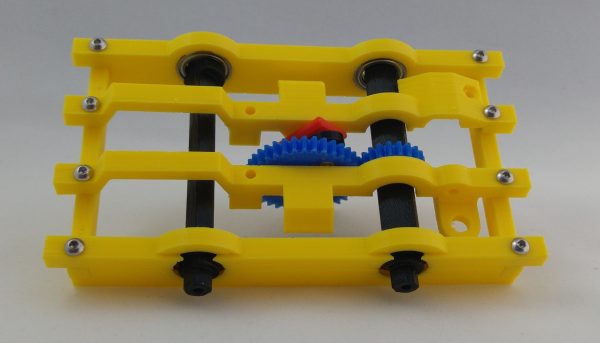 Follow the picture for soldering the switch, motor and battery cable. Don't be afraid about this step, it is not a complicated soldering job. I'm not very experienced myself 😛 I soldered it in a position that fits the car perfectly, so I suggest you use the same layout. 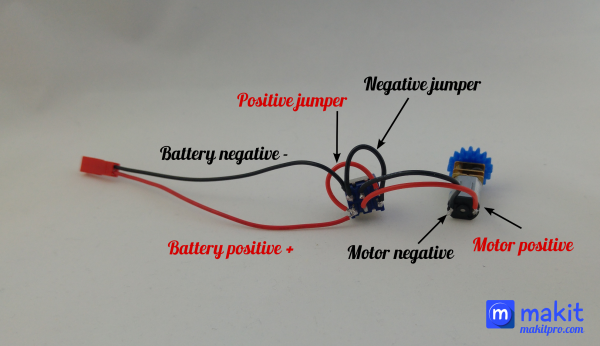 Put switch and motor in place. 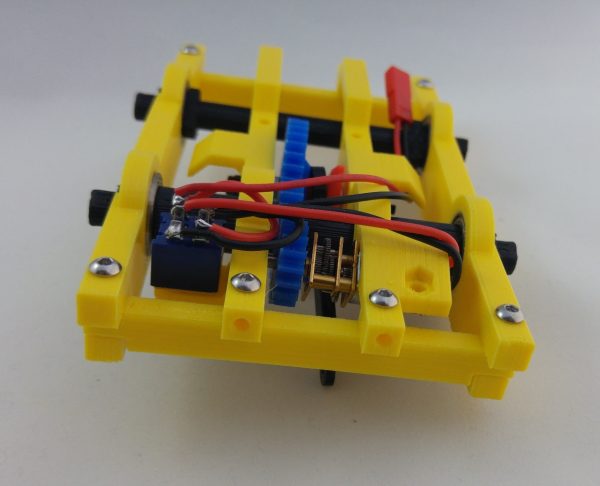 Secure motor with the motor bracket and one M3x10mm screw and nut. Now secure the switch with the switch nut. I suggest you try the motor by connecting the battery to ensure everything works correctly.

Put the platform and the bridge parts toghether with two M3x8mm screws. See the picture to mount the correct ones in this step. 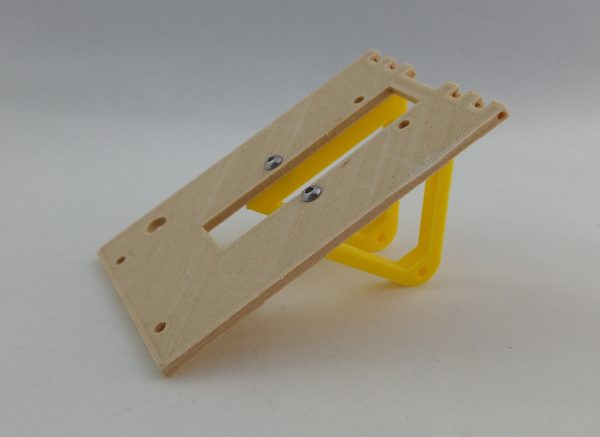 Now insert the needles into platform and assemble the trunk. 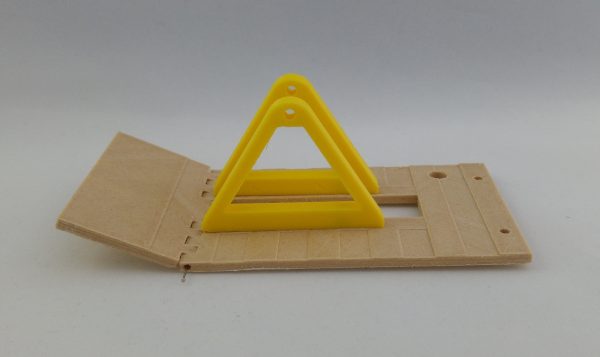 Mount the platform into the chassis with two M3x8mm screws above (paltform to the chassis) and two M3x25 screws below (through chassis to bridge). 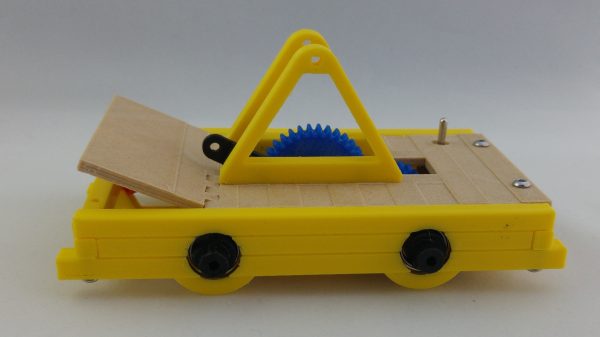 Secure the two magnets into the bumpers with two M3x10mm screws. Bear in mind the polarity of the magnets. You'll have to mount one opposite to the other in order for them to atract each other.

Then secure the bumpers to the car with four M3x8mm button screws. 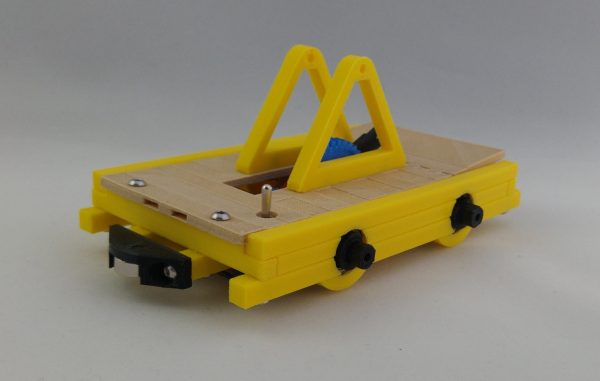 With one M3x35mm screw, two nuts and a lock nut mount the swing on the bridge.

Secure the connecting rod to the swing with one M3x10mm screw and a lock nut. 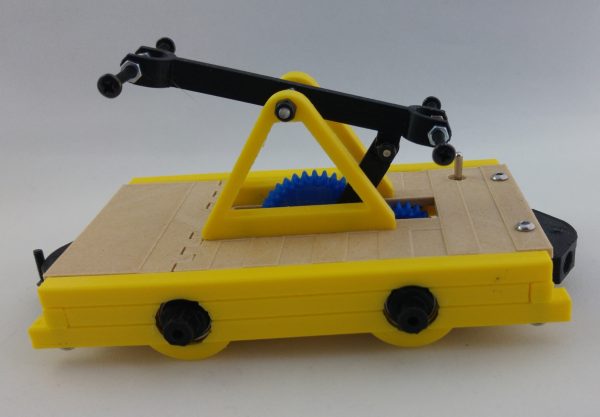 Insert the tyres into the rims. Now use four M3x8mm screws and the wheel plastic nuts to mount four wheels. 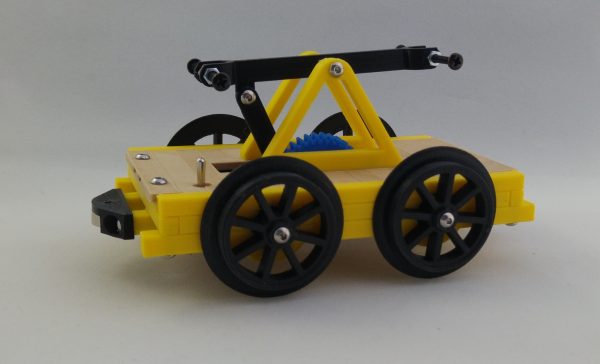 Print two drivers and use eight 15x6.5x2mm magnets to secure them in place using the holes in the side of the platform and trunk. 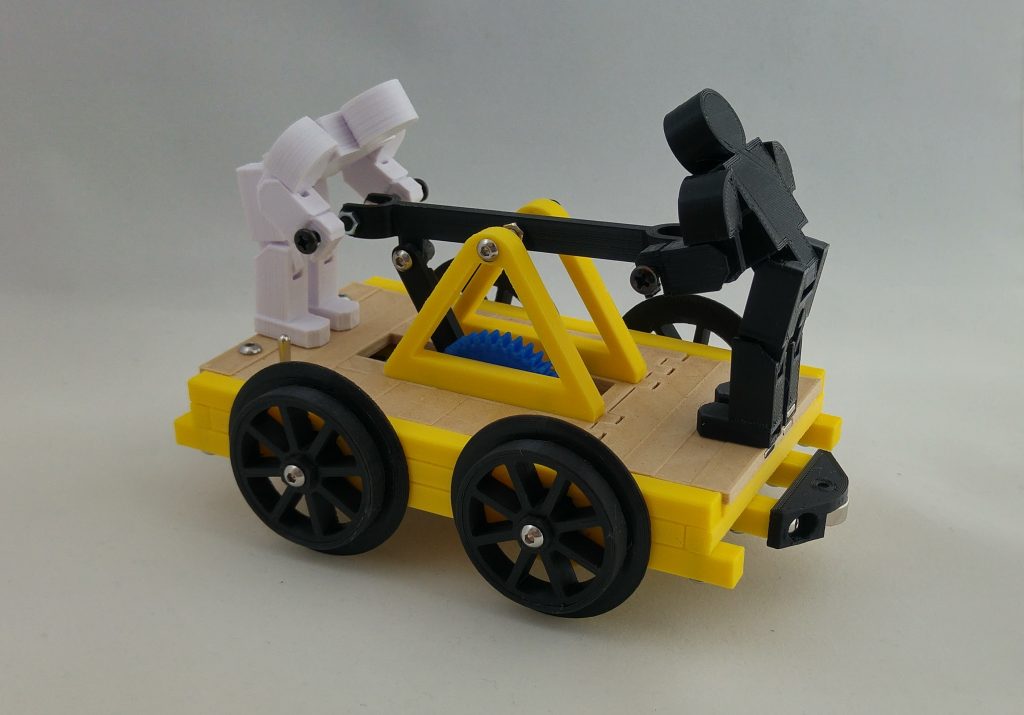 And that's it, your Railroad Hand Car is finished!! Now just print your tracks, mount them, connect the battery and enjoy!!

13 thoughts on “The Railroad Hand Car”